Why Do I Still Have Digestive Issues When I’m Eating Healthy? 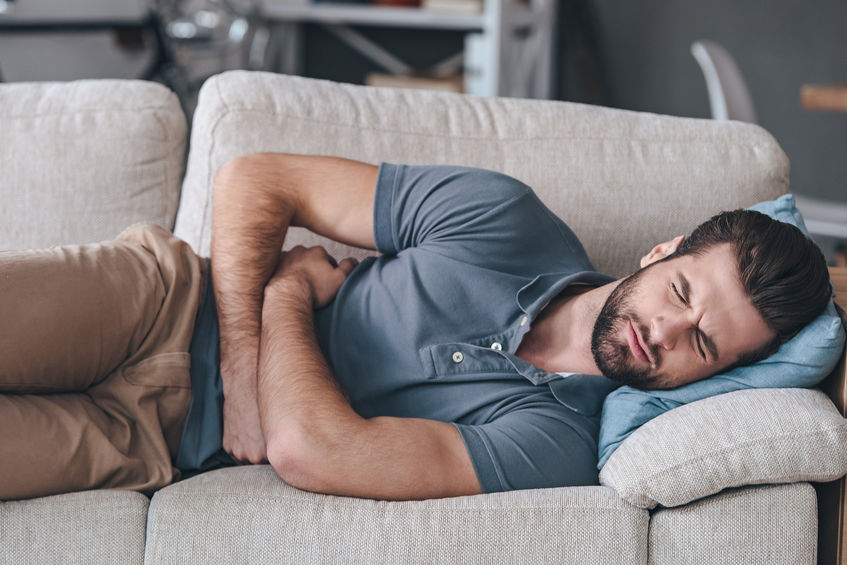 Picture this: You have struggled with gas, bloating, diarrhea and/or constipation, abdominal pain, or reflux for years. You have been to all the medical specialists and gotten several tests, but all they can offer you is a diagnosis of IBS and a medication prescription because they cannot find anything wrong with you.

Does this scenario sound familiar?

How frustrating is it to be eating all the “right” foods and taking all the “right” supplements, only to feel like your digestion is not getting any better, or possibly getting worse, AND no one has any real answers for you. If this sounds like you, then you are part of the 10-15% of the US population that has been given this last-ditch effort of a diagnosis. You are one of about 32-55 million people who have been told you have IBS.

The thing is, IBS is really just a diagnosis given that means “we don’t know what else to call your digestive symptoms.” And yet there are things that can be done to investigate the underlying root causes.

The first thing I think of when someone comes in with a diagnosis of IBS is a condition called Small Intestinal Bacterial Overgrowth, or SIBO. In the literature, it has been documented that up to 84% of IBS cases are actually SIBO, with an average of 60-70% if IBS being SIBO related.

But what is SIBO? To understand what SIBO is, it is important to understand a bit about the digestive tract:

The mouth to the small intestine is relatively low in bacterial numbers when you compare to the colon, which is where the bulk of our microbiome lives. So in SIBO, the number of bacteria in the small intestine has overgrown to larger numbers than what is normal. The primary reason SIBO occurs is because of a malfunctioning Migrating Motor Complex, or MMC. The MMC is like a broom coming in to sweep up all the leftover cellular debris, food debris, and bacterial debris down the digestive tract and into the colon after a meal. An important note is that SIBO is NOT an infection. This overgrowth is an accumulation of NORMAL bacteria…just in the wrong location.

And why is this a problem? Because too many bacteria interfere with digestion and absorption, competing for the host’s food and can damage the tissue. Also, this accumulation of bacteria can lead to fermentation of food fibers, releasing gas causing GI symptoms such as:

But SIBO can also lead to symptoms outside the GI tract:

To find out if you have SIBO, you must do a 2-3 hr breath test. Stool tests and urine tests will not determine if you have an overgrowth of bacteria in the small intestine. Also, the scopes, scans, CTs, and MRIs that many doctors do to try to find a medical disease will not pick up on the SIBO either, hence why this is so often missed.

The purpose of the breath test is to capture hydrogen and methane gasses produced by bacterial fermentation (and only produced by bacteria) after you ingest a sugar solution (intended to feed the bacteria). If you have a certain level of gas or a particular presentation on the graph, then you would be considered positive

What puts you at risk? There are many risk factors, but some of the more common ones are:

Bottom line: anything that interferes with the body’s natural digestive and protective mechanisms to keep the bacterial numbers in check can lead to SIBO.

So what if you have a risk factor (or several) AND you test positive for SIBO? Well, the good news is now you know the mystery behind your GI complaints. There are a couple of ways you can go about intervening with SIBO. But it must be a comprehensive protocol to support all aspects of the digestive system.

First, there are a few specific antibiotics that can be used with SIBO to reduce the overgrowth. These are usually done for 2 weeks

Another option is to use herbals to reduce overgrowth. These are usually given in 6-week increments but have been shown in the research to be just as effective, and sometimes more effective, than the prescription antibiotics.

Finally, there is an elemental diet- a liquid formula with all the proteins, fats, and carbs already broken down into their individual components- that is consumed for 2 weeks.

From a diet standpoint, there is no one universal diet recommendation that works for everyone, so it is important to work with a registered dietitian to help you navigate the foods that are typically best tolerated by those with SIBO and then personalize it based on your tolerances. In general, the fibers and carbohydrates are manipulated since that is what bacteria feed upon and use to release the hydrogen and methane gasses.

Other interventions that have been shown to be extremely helpful are vagal nerve exercises, acupuncture, and visceral work. Visceral work is especially helpful for anyone who has structural reasons for their SIBO (think abdominal surgeries, adhesions, strictures, etc)

While SIBO can be a challenging condition to manage, it is possible for you to feel better and regain a more normally functioning GI tract and a significant reduction or elimination of symptoms. Often, once SIBO is taken care of, many other systems of the body come back into balance as well.

For more information on Sibo and gut health check out the Sibo Docusummit airing for FREE April 20-28th or enroll in Carpathia’s Repairvite Course.