The Link between Brain Trauma and Alzheimer’s

Are your Cups Half Full or Half Empty? – Breast HealthJAMA Study Shows Improved Outcomes for Functional Medicine Patients! 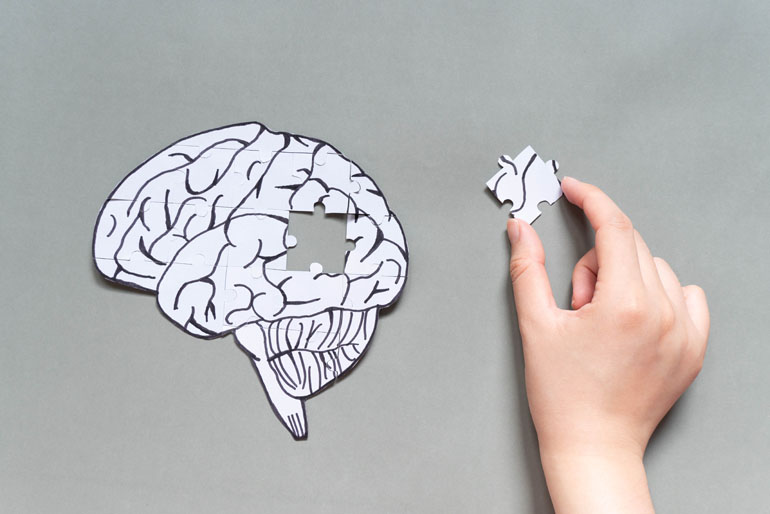 November is Alzheimer’s month, which most people will briefly think about, more if they have a family member affected. But people, generally, will not spend a lot of time thinking about Alzheimer’s because the thought of it is scary. It is a scary disease and a costly one; financially, physically and emotionally on loved ones. How does it happen? “Scientists believe that for most people, Alzheimer’s disease is caused by a combination of genetic, lifestyle and environmental factors that affect the brain over time” (1) That is about as vague of an answer as one can get! Translation: they really don’t know for sure.
Since we have started (last 10 years) to treat the body from the head down, instead of the neck down like previous decades, we have learned there are things that can happen and are early warning signs if caught and addressed, not ignored or hidden until one is standing in a parking lot having no idea where their car is or why they are there.
One of the little known factors that can predispose a brain to Alzheimer’s is mild traumatic brain injury (mTBI). MTBI can be just as devastating and lead to chronic brain inflammation in the areas where Alzheimer’s typically starts. It can cause other symptoms like headaches, depression, and irritability, digestive issues, dizziness, neuropsychiatric issues, insomnia, sensitivity to light and noise, reduced tolerance to stress and can occur years after the initial incident. These symptoms are so common among our population today that they could be overlooked until the degeneration is more pronounced. Something that could have been addressed if recognized early and treated, generally with positive results. Did you know 15% of people with mild TBI are missed as an initial injury? These symptoms can last a year or more and become worse over time. MTBI affects approximately 42 million people a year. (2). 80% of all TBI’s are diagnosed as mild.
What is considered mild TBI? Any time there is a head impact, causing a brief even slight change in mental status (confusion, disorientation or loss of memory). Unless someone was unconscious for more than 30 minutes, concussions are considered mild. Make no mistake here, I am not saying the mild head injuries cause Alzheimer’s, don’t panic every time you bump your head. What I am doing is making you aware that mTBI can open a door to chronic inflammation that could over time lead to a cognitive impairment such as Alzheimer’s.
The brain has its own immune system that operates differently from the immune system of the body. Usual discussions around brain injury or brain function are focused on neurons. However, only 10% of our brain cells are neurons. 90% of our brain cells are called glial cells. Glial cells are the essence of brain function and integration, which means if glial cells are happy the brain is happy and we as humans are functioning well. When glial cells get “primed” meaning damaged. They can turn into continuous inflammatory cells. This causes blood-brain barrier breach and cell destruction that can lead to neurodegenerative, better know as Alzheimer’s, Parkinson’s, Dementia.
If you have head trauma, don’t assume it is nothing. Take a few days and implement these healing strategies to reduce the change of those glial cells getting primed.
Rest, manage blood sugars (meaning eat good sources of fat and protein )no screen time or loud noises, gentle stretching to increase blood flow, blood is nutrition and oxygen. Oxygen is key for brain health and recovery. Deep breathing is helpful and essential. Treat head trauma like a hurt joint or pulled muscle… rest to recover. If you experience persistent fatigue or depression after a head injury even months later seek a neuro-rehab specialist.
1. https://www.mayoclinic.org/diseases-conditions/alzheimers-disease/symptoms-causes/syc-20350447
2. J.D. Cassidy, L.J. Carroll, P.M. Peloso, J. Borg, H. von Holst, L. Holm, et al., Incidence, risk factors and prevention of mild traumatic brain injury: results of the WHO Collaborating Centre Task Force on Mild Traumatic Brain Injury, J. Rehabil. Med. 2 (2004) 8–60.
in Blog, Men's Health, Rheumatology, Women's Health